Film fixer is your local organizer who help you to arrange things and make things happen. For full post about services we offer, please check here!

So, what’re roles of film fixer?

+ Supporting with registration of film permit and drone permit (if any). Normally when you work with fixer, you need to work with fixer only, and fixer would work with FPC.

– speaking with people in advance to prepare for filming. For example, if you want to film at a restaurant, you need to speak with the restaurant in advance to ask their permission to film and setting up scene, so they can prepare in advance. Sometime it would involve extra payment if needed.

Transportation is normally car, but sometime also boat (for example, if you want to film a boat tour on Ha Long bay). For filming crew, as having a lot of equipment, you would like to have a car with open space at the back (have the chairs folded or removed), so you can take or put in your equipment easily. Some filming crews are big (like 20 people or more) and you would like to have a truck to carry all luggage and equipment, rather than put them in a van. However, due to traffic law in Vietnam, all of these are usually not possible. (Ask me for further explanation).

Drivers are usually experienced working with tourist groups more than filming crews. With tourist groups, there is usually fixed schedule for pick up and drop off. With filming crew, it’s not like that, filming time can be estimated, but doesn’t really happen exactly as schedule.

A driver with experience working with filming crew would be much easier to work with. Sometime car would be an object for filming, or filming would happen inside the car or through car window, and driver need to adjust with that. For example, when we filmed langurs, we told the driver to drive slowly and silent in the forest. When we detect langurs, we told the driver to stop and turned off the engine, everyone kept silent and only the cameraman and camera assistant approach closer to the langurs to film.

+ Translation for interview. Help to arrange filming scenes, communicating with all related people.

+ Asking for signature for release forms.

+ All around no name tasks: help to buy USB, batteries, things …

+ When filming crew need to split into 2 teams, normally film officer would go with the team which have more chance to meet local authorities (such as shooting beauty shots/city shots), while fixer goes with the team which need more speaking and arrangements.

+ Adapt with changes: the work of the fixer would be easier if everything stays as planned but most of the time, it doesn’t. Changes can happen because of many reasons:

– Things don’t happen as planned: flight delayed, queue up at the airport take much longer than expected, weather change, member(s) of filming crew got sick and couldn’t work …

Last minute plans and ideas are always hard to deal with and arrange, but anyway, a fixer always need to be aware of those and make the best out of the circumstance.

+ When your team arrives at the airport, normally film fixer & officer will come to meet and pick up you of course. But please note that Noi Bai airport is no longer allow people with signboard to stand in door of arrival hall, must stand outdoor. So I usually write name of the filming crew on a half of A4 paper (A5) and try to stand indoor.

+ Sim card with 3G: must buy at airport to avoid registration (wasting time).

+ Exchanging money at airport is also recommended for rate and convenience.

+ Airport is usually not allowed to film when it’s closer to National Holiday when airport is crowded and reach to highest security level. (You can stay in the car and film via the window, though). When it’s allowed to film, you still need to pay for a film permit fee at the airport, despise you already have and paid for regular film permit.

+ Cash withdrawal is limited to 2 million VND/time, with withdrawal fee is 50,000 VND/time.

+ Weather is unpredictable, and forecast isn’t usually precise, so if you have option 2 in case it rains, please include in the filming schedule.

Anyway, filming is intensive. What audiences watch for an hour may take one week to film. However, filming is still a joyful and interesting experience. It tells stories.

Want to inquiry for our fixer services? => Contact us!

Vietnam Filming Fixer
5.0
Based on 3 reviews

Peter Mcdowell
22:26 25 Apr 20
I worked with Khuyen and Vietnam Filming Fixer twice - once in 2016 and 2019 - both for my independent documentary film... Jimmy in Saigon. I recommend her very highly - she is very knowledgeable, skilled, a great translator, a real "people person" and really excels in logistics and organization. A great communicator, helper and leader for any Vietnam film shoot.read more

Dan Krauss
18:32 24 Feb 20
I worked on a production for 18 days across Vietnam with Khuyen and she was on top of every detail during our shoot. We... had 14 crew members with different diets and needs and accommodated everyone perfectly. I can't recommend her enough!read more

Steven Doxey
18:37 17 Feb 20
My production company shot fitness content with Khuyen for 18 days in Vietnam, and the experience was beyond great!... Right off the bat, Khuyen was extremely responsive, and answered all of our questions. All the way through pre-production, she was attentive, immediately responded to emails, and was extremely helpful. Once we arrived in Vietnam, Khuyen was with us every step of the way. She was friendly, considerate, and extremely thorough and helpful. We had a total of 14 crew members, with a lot of different needs and asks, and she was able to seamlessly assist us. We traveled from Hanoi, all the way down to Da Nang, and Khuyen was knowledgable and helpful in every city we filmed in. She helped us secure filming permits, and handled all of our accommodations. Even down to finding restaurants, and helping the crew arrange for laundry pickup. No task was too small or too big for her to handle. We filmed every location we wanted to, and Khuyen made the entire process easy. Because of this wonderful experience, we now consider Khuyen a friend, and hope we get to come back to Vietnam to visit her again. I would highly recommend her to any production considering filming in Vietnam. She is knowledgable, has strong connections with local authorities and the film office, and can handle any needs your production may have. 10 / 10 experience!read more
See All Reviews 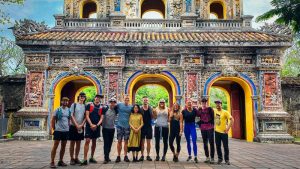 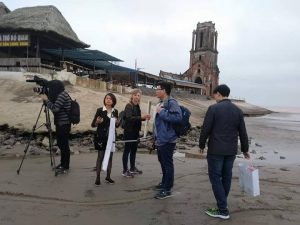 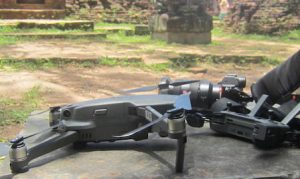 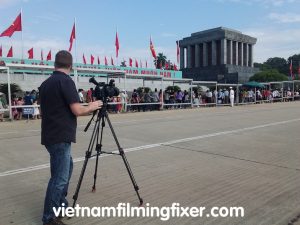 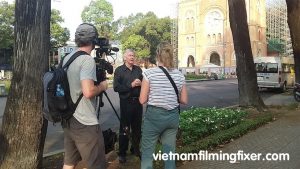 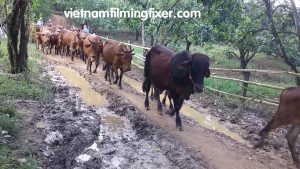 Filming for arte channel in Vietnam 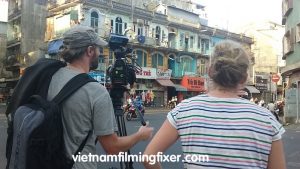 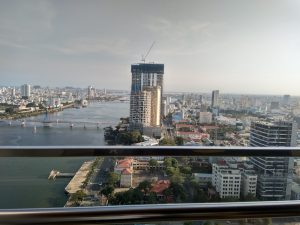 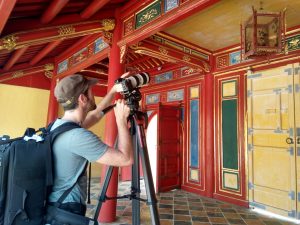 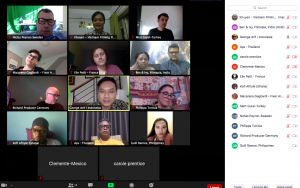 Fixers Of The World – online meeting

Scroll back to top