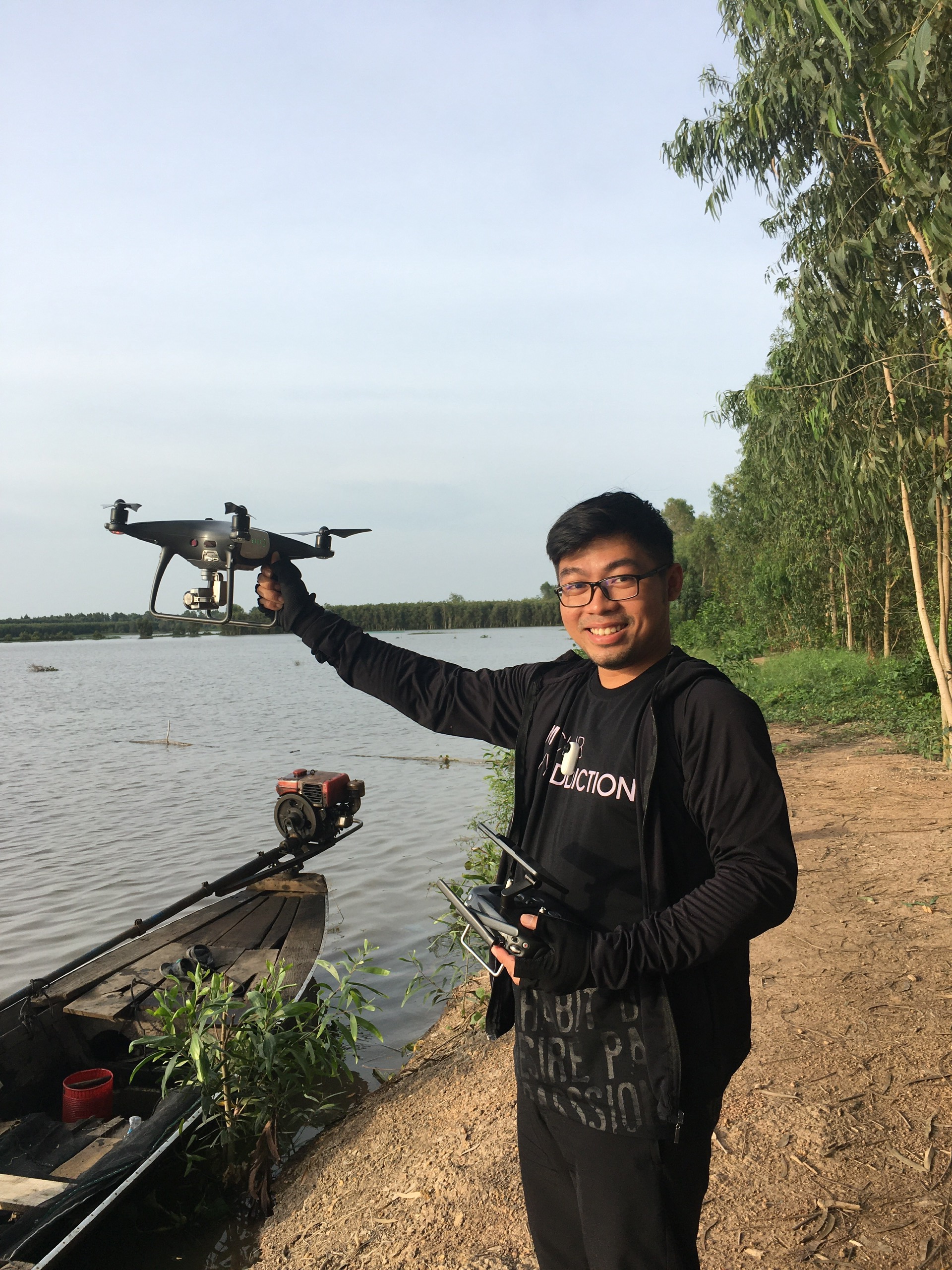 Many filming crews/production companies from abroad want to hire drone/fly cam operator/pilot in Vietnam for their shoot. It’s just easier than bringing drone op from their country/outside of Vietnam to Vietnam.

+ You never worked with the drone operator in Vietnam before and don’t know what to expect.
=> Solution: we only work with the best and hard-working drone op. We will send you their show reel so you know the quality of work.

Cost to hire drone pilot in Vietnam depends on many factors:

– type of the drone to use: Mavic 2, Mavic 2 Pro, Mavic Air, Mavic Air 2s, Phantom, Phantom 4 Pro, Mavic 3 cine, Inspire 2, FPV, etc.
Many drone ops don’t own all kinds of drone, and they are more familiar with few kind of drones than the other. When drone op doesn’t own certain drone, then they need to rent that drone which would increase cost. But if the type of drone you need is what drone pilot has, the cost will be lower.

– script and requirements: depends on the requirements of the project, if it’s easy and difficult that it would require different skill set of drone op and would cost different price.

– timing and location:
Depend on the requirements, drone op may need to wake up earlier and work later to catch sunrise/sunset. And sometimes drone op needs to fly the drone at some places with high risks such as river, ocean, water surface, mountainous area, crowded cities, factory with a lot of metal. There would be more risks flying the drone in those area.

+ Read the script to understand what director wants to film by the drone.

+ Setting camera’s resolution as requirements from director/producer. For example:

+ Take as many shots as possible according to director’s instruction and their own creativity: going slowly to enjoy the view, get as many details as possible, or going really fast; turn a circle around the object, going up and down, etc

+ Charge batteries and copy files to hard drives, laptops at break time as well as after finish the day, to be ready for the next shoot, next day.

+ Give files to Clients either via their hard drives or upload somewhere for them.

There is no excerpt because this is a protected post. 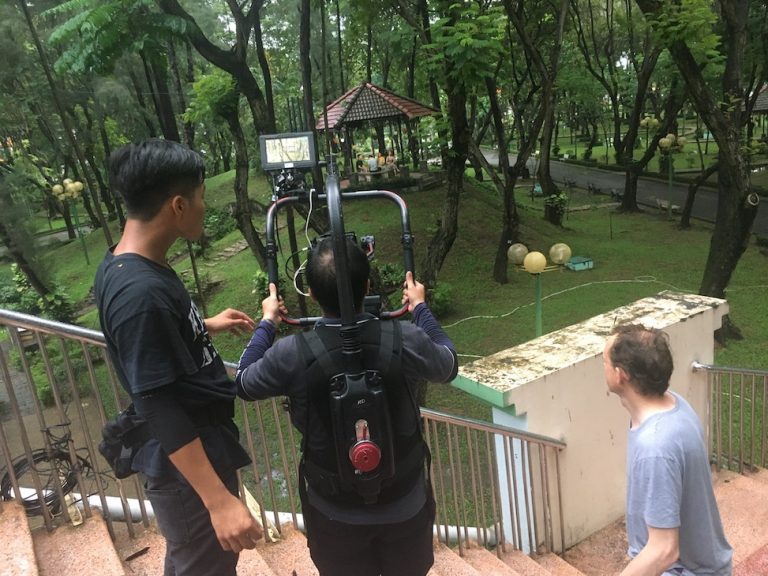 Many production companies, news/TV channel, crews abroad want to hire camera operator / Director of Photography (DOP) / filmmaker in Vietnam for their projects. This is because not all Clients/companies have their own cam op/DOP, they usually hire freelancers and they can hire someone from their country or can also hire someone in Vietnam. When… 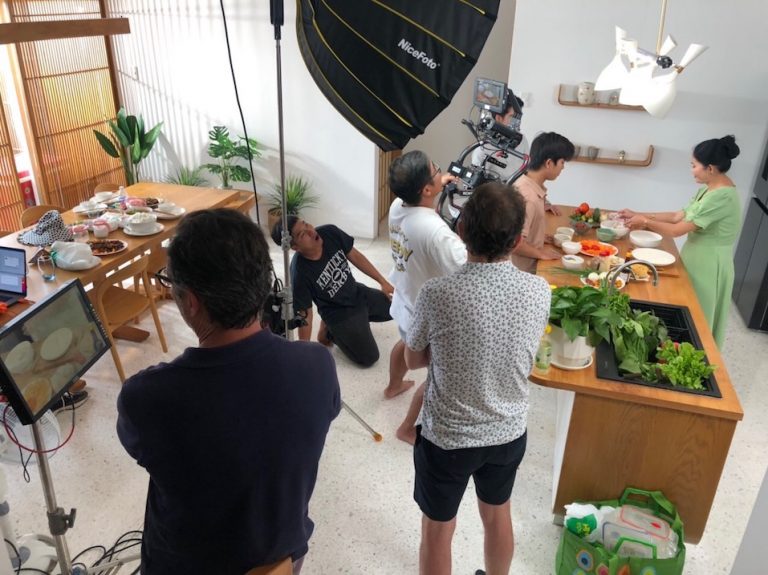 Working with your own crew who you are familiar with is easier. However, it’s not always ideal to bring a full crew to another country, such as Vietnam. First of all, you have to pay for flights, accommodation, food and miscellaneous. 2nd, crew may have a harder time to adapt to a foreign country, and… 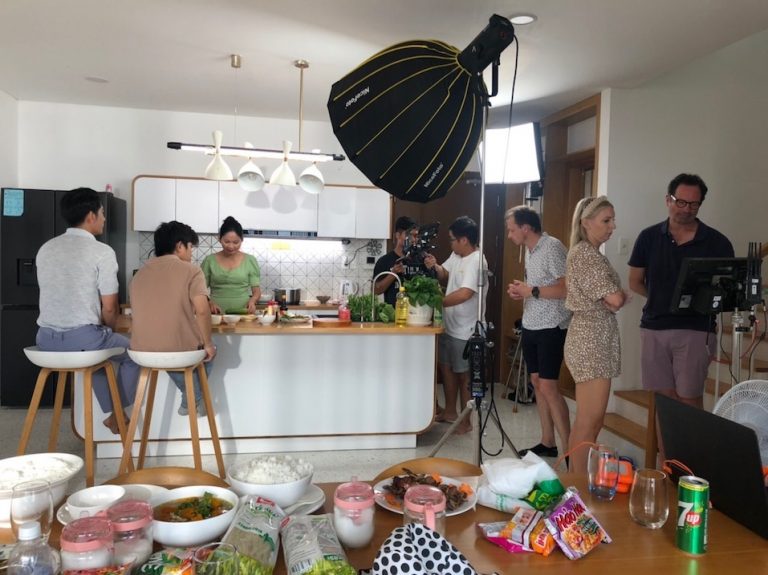 Fixer in Vietnam likes film fixer everywhere, is your local organizer who help you to arrange things and make things happen for your filming trip. For full post about services we offer, please check here! Theoretically speaking, film officer also can play the role of film fixer. He or also can speak both English and…

We provide full services to help you with pre-production, production and post-production Please contact us via email khuyen@vietnamfilmingfixer.com for a clear quotes and information about permit, fixer and car services as well as other services for your filming trip in Vietnam!